The thankless task of restoring trust 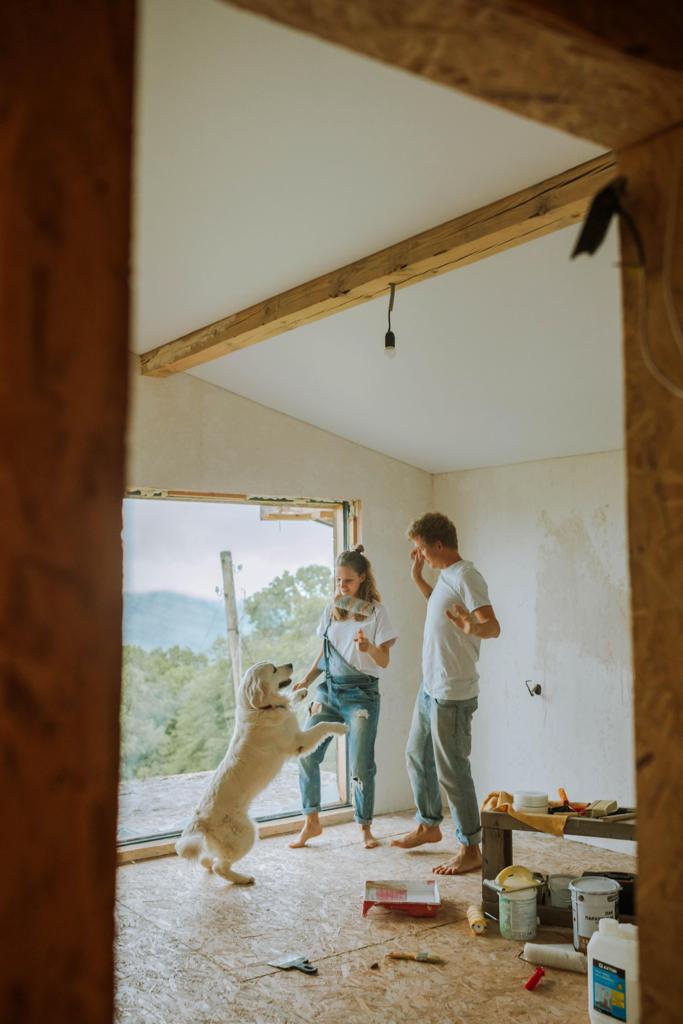 Yippee! You’ve escaped the horror of your childhood bedroom and its glittery posters of boybands long gone!  You’re lucky enough to be able to afford to live away from your parents’ home. But you’re not quite fortunate enough to live alone just yet.

House sharing can be tough even for the most extroverted of us. Possibly the most exciting years of our lives happen in house shares. ‘Slumming it’ in a space originally intended to be a family living room. However, it’s not a choice.  Chances are that most of us in our twenties and early thirties are living in the only way we can afford.  With flatmates.

House shares, whether with existing friends or complete strangers, require some awkward conversations around splitting bills. Eek! Prepare yourselves, despite living under the same roof, I’m about to blow up the WhatsApp group chat!

Rent can be a nightmare to organise and get paid on time. Especially when five people are continuously making up the most pathetic excuses.  Then you have to add the essential bills for council tax, water, gas, electricity and, of course, Wi-Fi.

There are also expenses that aren’t always considered essential.  Splitting costs for a cleaner or at least cleaning supplies can often be contentious. Barry, the twenty-something-year-old upstairs doesn’t think toilet detergent is needed, but then Barry doesn’t think soap is necessary either!

When trust breaks down

Last month I moved into a house share that contained four traumatised boys over 25. They had recently found out they had been scammed and were scarred from the experience.

The previous occupier of my room had been organising payment for the superfast broadband. He had also been over-charging them each by £2.50 a month for over a year – pocketing more than £120!

Before this had come to light, there had also been issues with some people unknowingly paying more than their fair share of the electricity bill whilst others didn’t contribute at all.

There was a lack of transparency over money, a British inability to confront the issue head-on and a total sense of mistrust. This house was not a happy home.  Each person was bringing their own toilet paper to the loo.  Not even washing-up liquid was being shared in the kitchen.

The social aspect of living with flatmates can also increase costs. Living alone, your evenings could be spent watching Netflix solo. With flatmates, however, there could be the costs of frequent parties, large shared meals or regular ‘escapes’. Sharing is often considered the much more cost-effective option to living alone.  However, without monitoring the additional expenses, the spending could easily get out of hand.

I’ve recently signed up for a £99 a month gym membership to allow me to get out of the house and have a shower in a space not riddled with slime or smelling of boy! Surely, by now it would be cheaper to just live alone!?

The thankless task of restoring trust

I hated the atmosphere in this house share when I moved in, and I immediately enforced a toilet paper kitty- as we shouldn’t have to hide loo roll from each other in our home! Problem was, nobody carries cash these days and so the coin jar remains empty!

I also organised a pizza evening and games night for the housemates in a bid to encourage bonding and repair friendships lost over the drama following shared house expenses-gone-wrong. Again, nobody had cash, and nobody bothered to pay back any of the costs incurred.

Joint accounts are no help

Traditional banking has no solutions for the challenges of multiple-occupancy as joint accounts (with their potential for shared credit scores) are not something anyone should take on with people they’ve only recently met.

A better plan for next time

Needless to say, I moved on from that particular house share and thankfully the transparency offered by HyperJar’s shared jar feature should solve a lot of issues and enable more trust next time. With HyperJar everyone would be accountable to the entire group, so nobody would be lumbered with chasing money.

If Barry didn’t pay his contribution towards the cleaning supplies, then the weight of an entire household of sharers would bear down on him.

With HyperJar, nobody would have to faff-around with sort codes and account numbers and the annoying internet banking paraphernalia that accompanies different traditional banks – we could instead all manage the household expenses using a shared jar. There’d be no unfaithful swindling each other for extra pennies and any missed payments would be visible to all.

I like to think that people are more social than old-fashioned banking allows for. Hopefully, with HyperJar, we could create a more harmonious and pleasant household to make a home, even if only temporarily. Ah, the bliss!